The monumental compositions “310” on one side retains awareness of their own style, on the other hand demonstrates another facet of his creativity – as a muralist. To carry out such large-scale wall area by up to several hundred square meters, the artist in most cases prefer to work “in the old”: carry a sketch by hand, even without the use of large-scale grid that provides greater creative freedom and the ability to not be attached to the original sketch, and make changes during operation. This is taking into account the fact that all the secrets of monumental art comprehended on their own, because Stepan Krasnov has no artistic education.
Of course, multi-storey building painted in most cases is only possible when a serious technical training, a large flow of artistic materials and coordination with the government. As a consequence, all the works were created in the framework of pablik- and street art festivals. The work “The Message” was established in Moscow in 2007, this wall diptych, because it consists of two 5-storey facade, which depicts a man and a woman. There were no hard matching system sketches and curatorial tasks, so they were made spontaneously and improvised.
Some stories do not have a clear reference to the place of creation, but often there are exceptions. For example, the composition of the wall of the tram depot on the Apakov street, which has been painted recently. So in the classic pop art style has been portrayed brave revolutionary Peter Apakov. 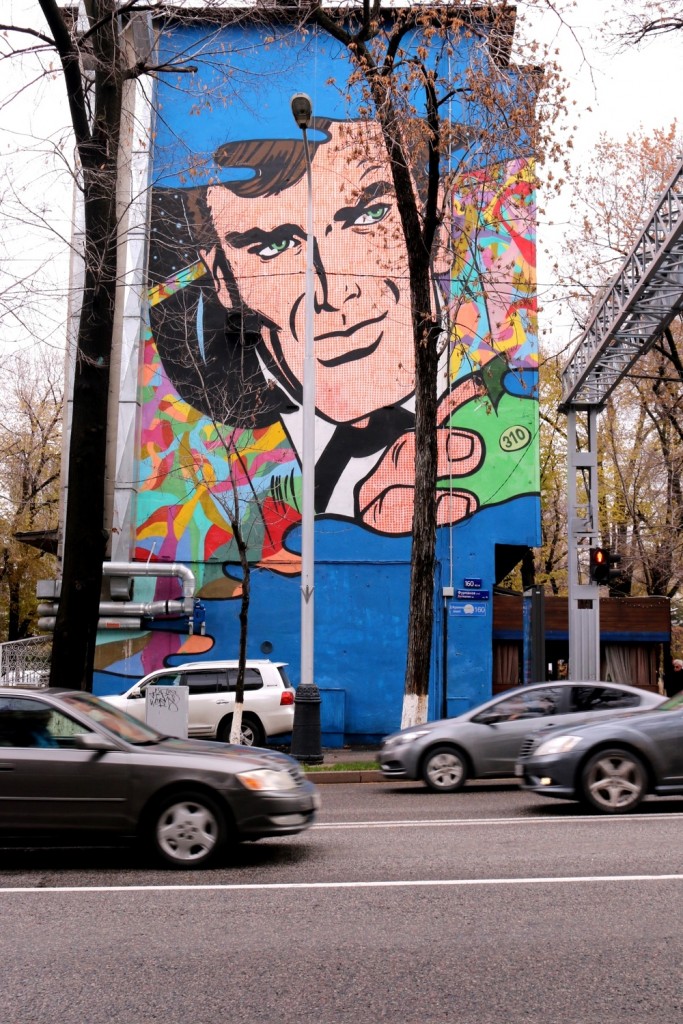 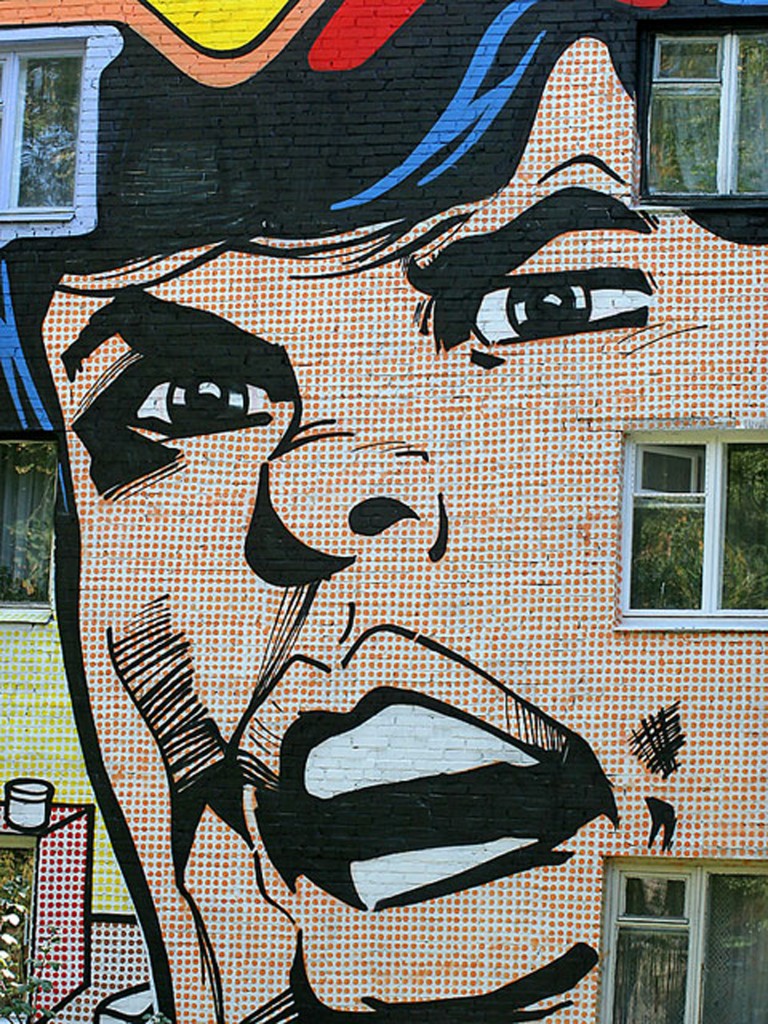 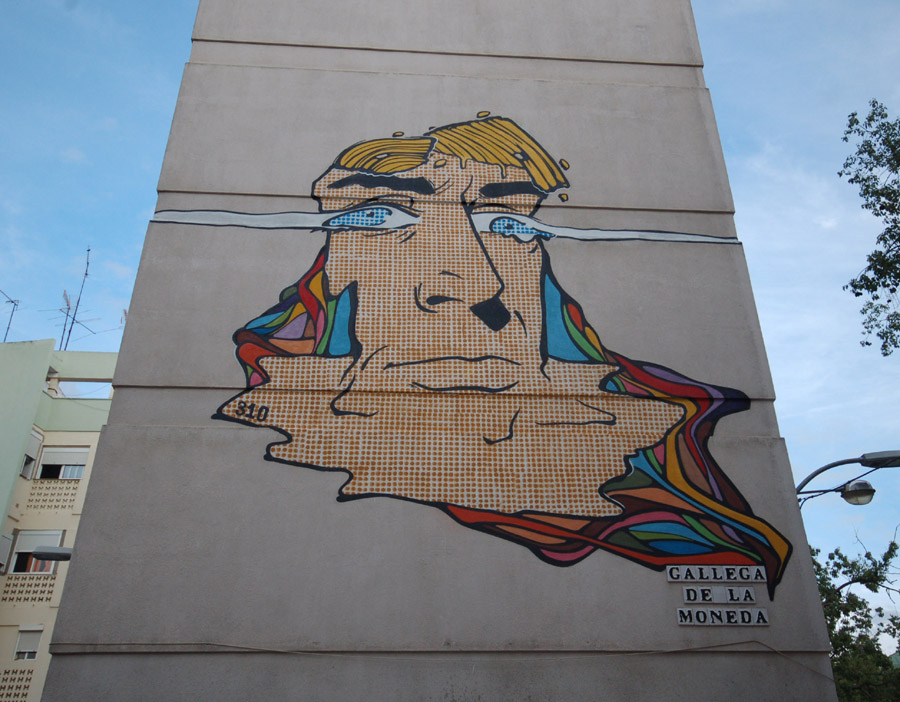 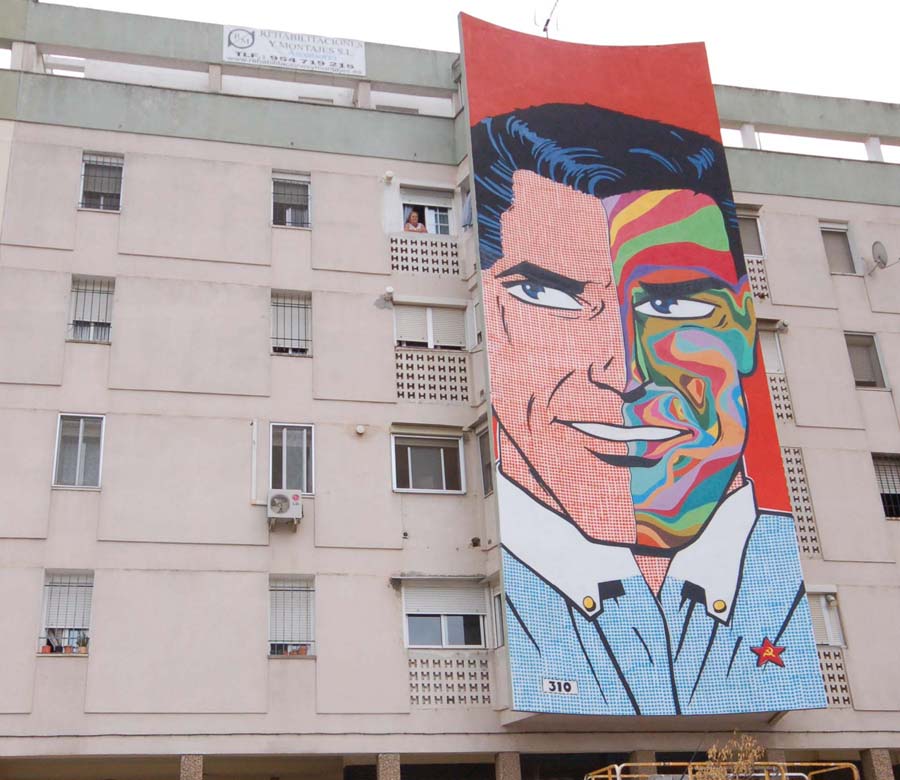 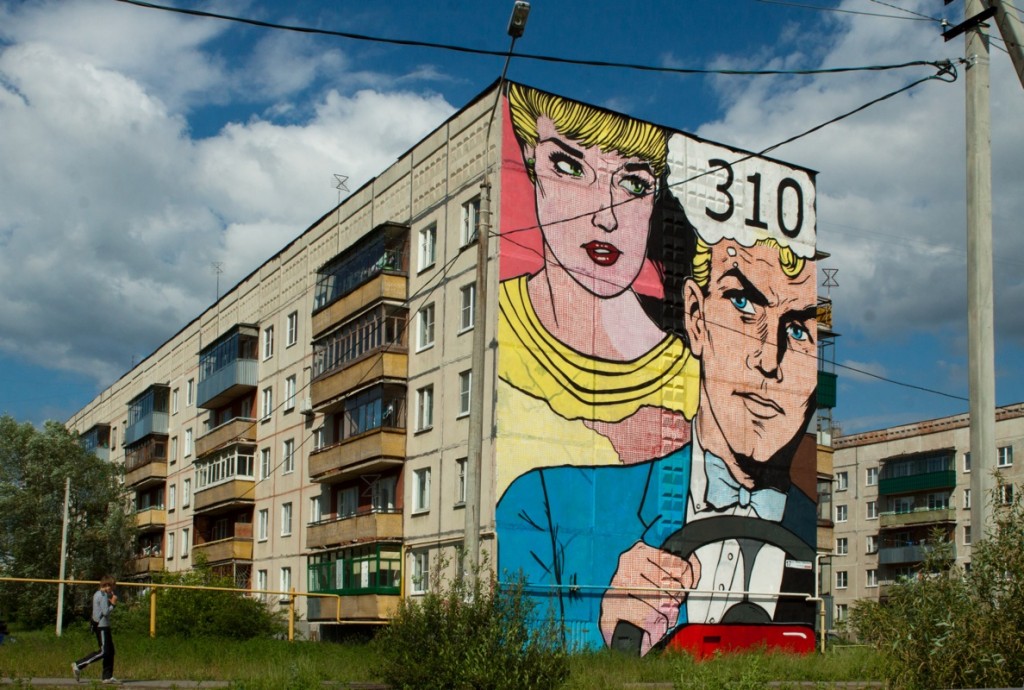 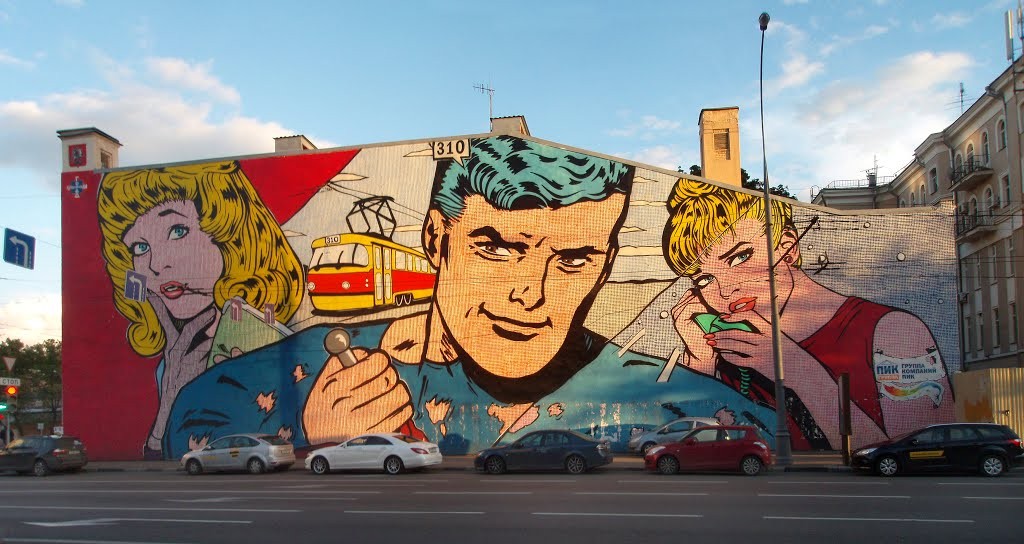 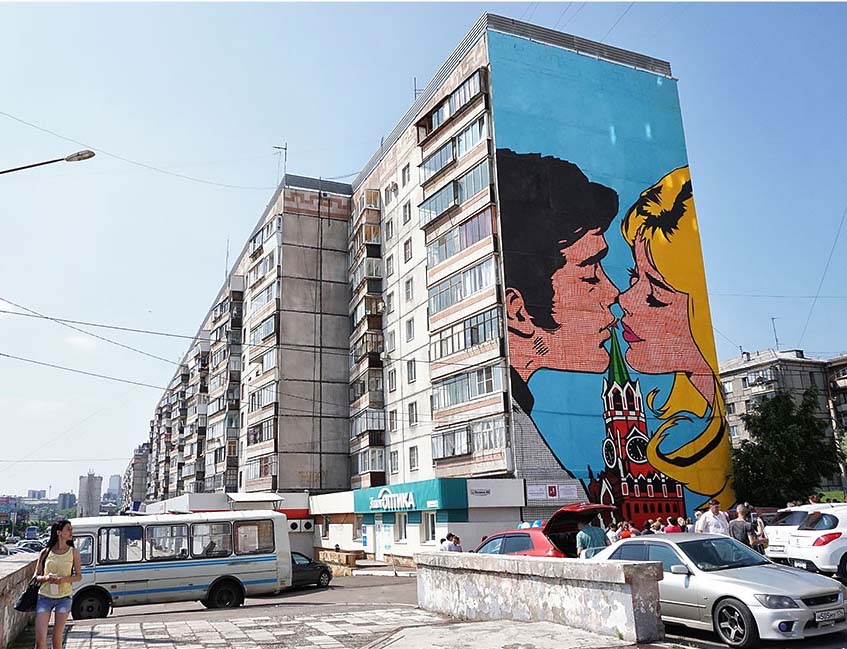