A selection of monumental compositions of 2014-2015, where the images go beyond the vertical walls, and, thus, create the illusion of space in the unfolding stories and plots. The compositions are placed on the walls, go on the floor or the opposite side of the street in Moscow illegal work “Pop-aaaart“, 2014. Some of them may perceive in its entirety, only moving in space, where each new angle the viewer pays attention to all the new parts. Part of the work is made illegal, the other – under the pablik-and street art festivals.
The spatial compositions 310squad often creates a synthesis of abstract and narrative composition, something reminiscent of surrealism. Those characters spread out and mixed with each other, both in the composition of Magnitogorsk, which was originally planned illegal, but has since been added to the main program “Outdoor Museum”. 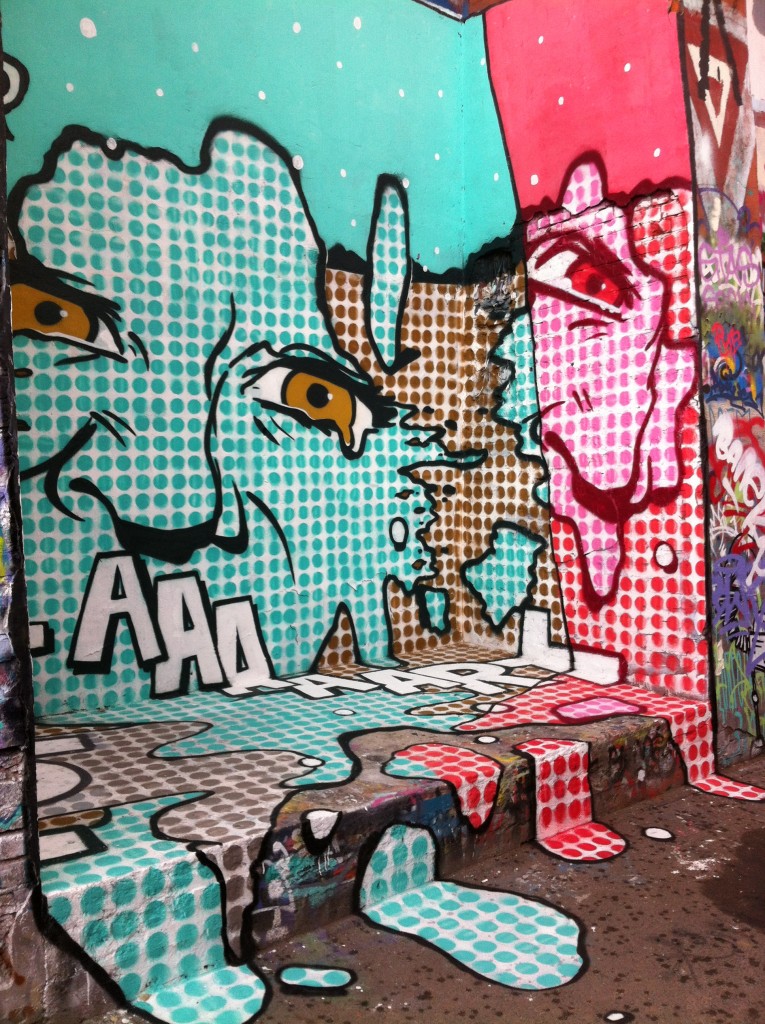 Other side. Painting continues over the small street to the other wall 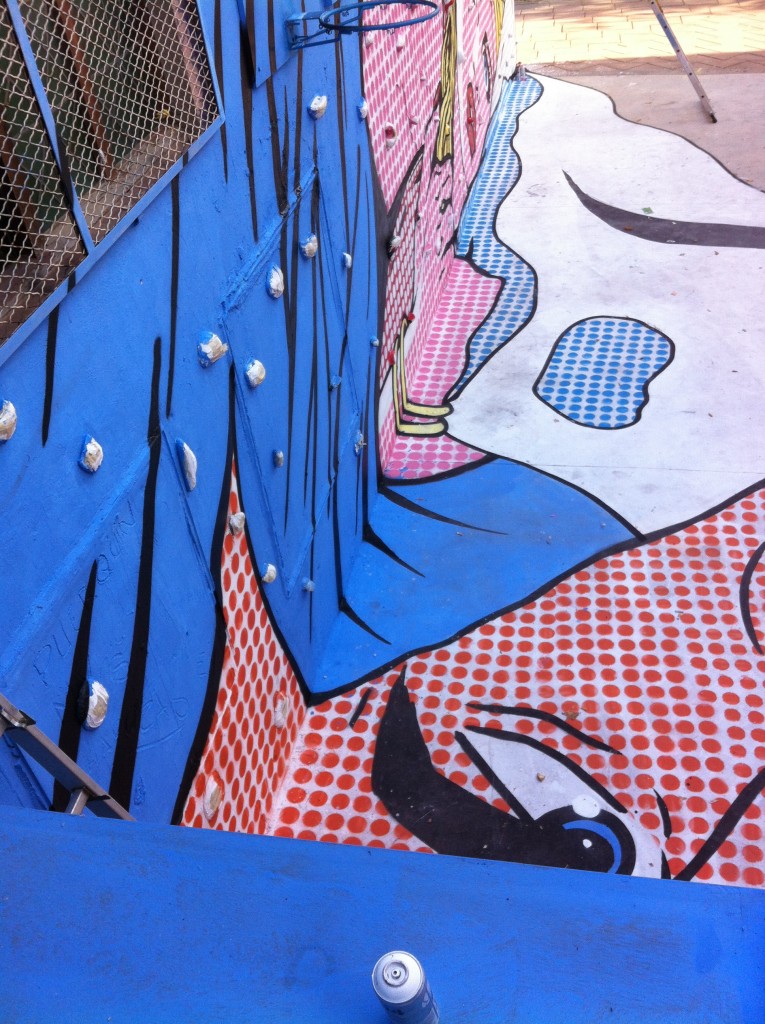 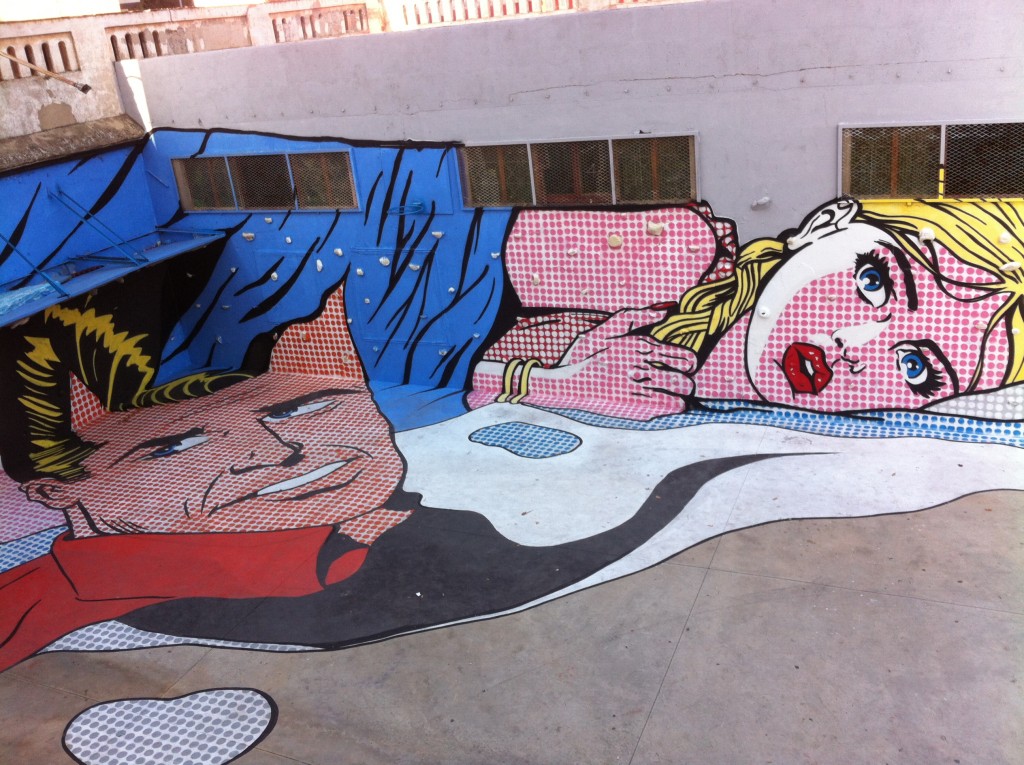 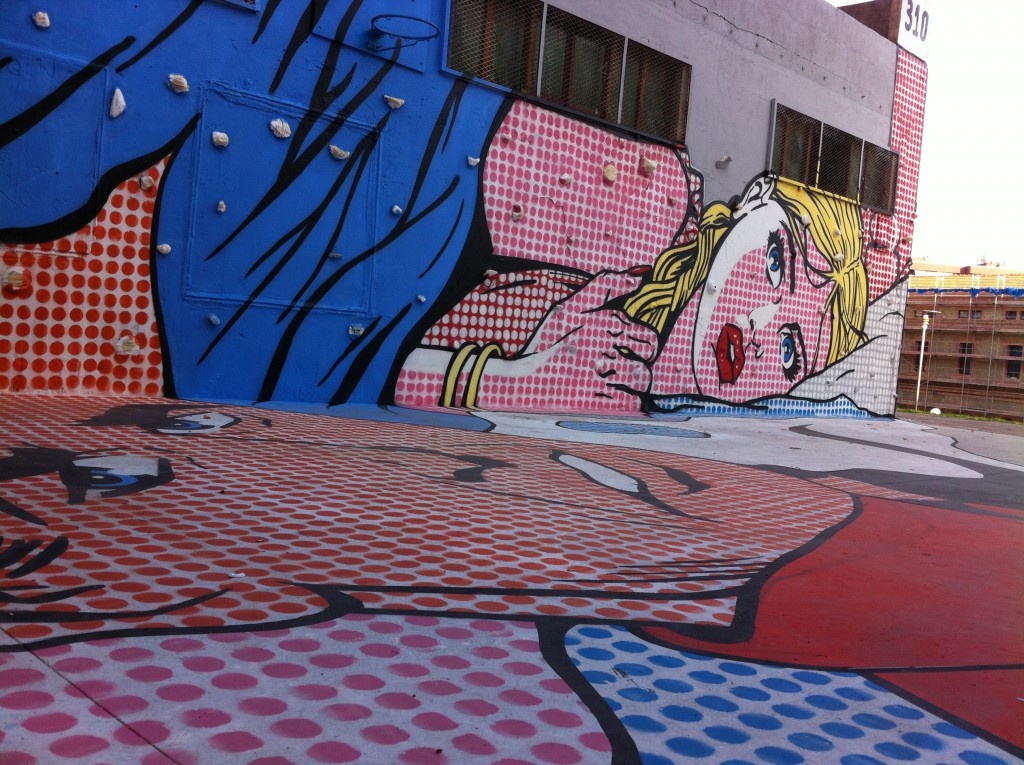 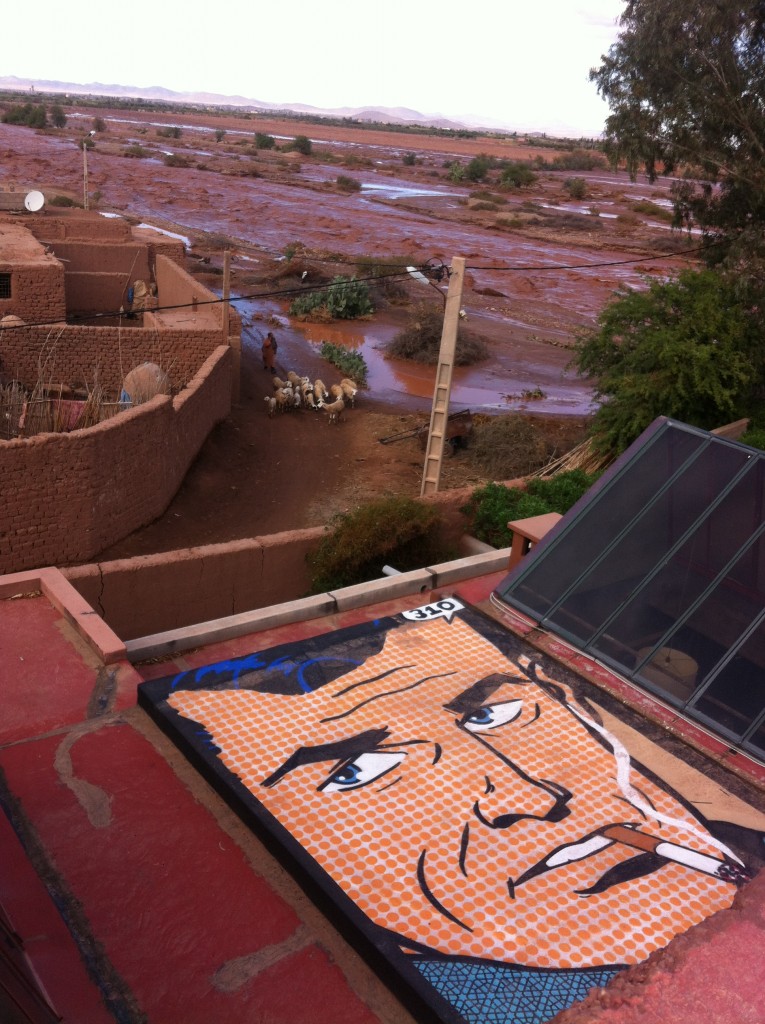 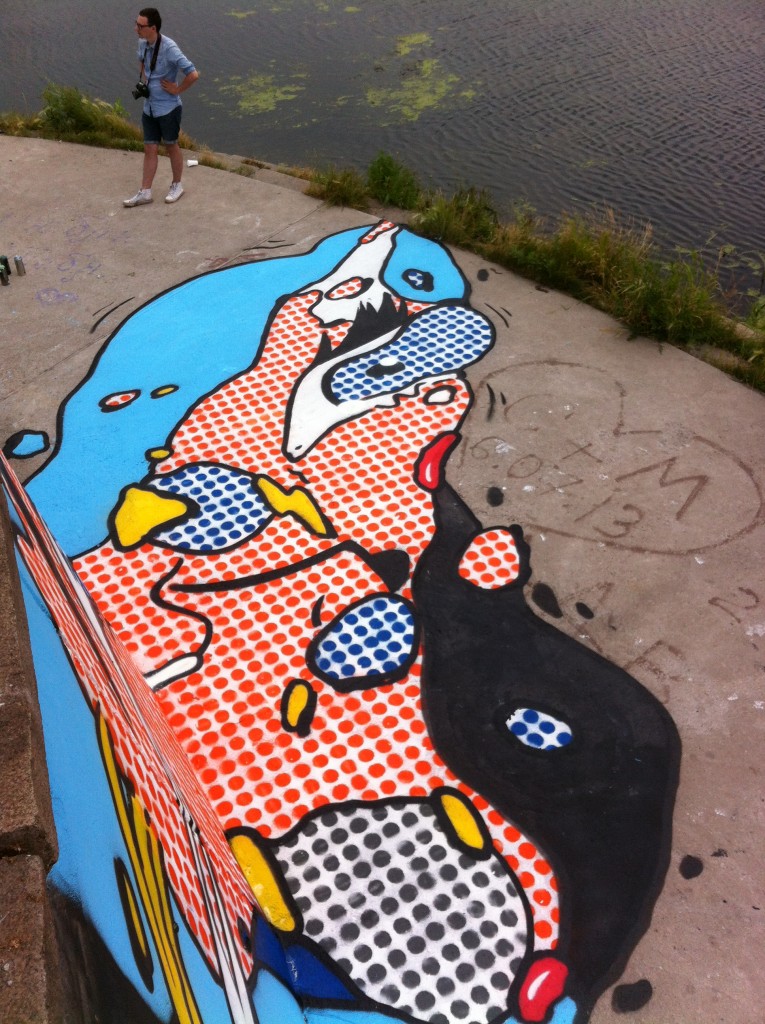 Continuation of this theme is the installation of “War and Peace”. You can see in this post.